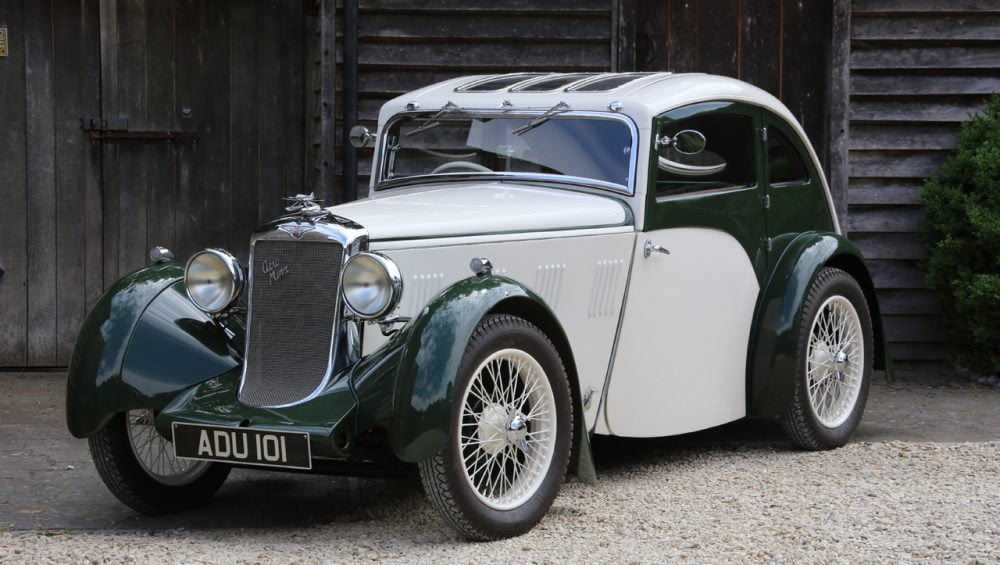 1933 HILLMAN AERO MINX! The best looking Minx in the World!

Now as I type this piece, I am stretching my neck, because in the title I suggest this is the best looking Hillman Minx I have ever see. And, having owned one in the 1970’s, I am allowed some space here, but by any standard, this car is extraordinary so see what you think and perhaps let us know..

This 1933 Hillman Aero Minx was acquired by the current owner and restorer in 2010 as a pile of parts, along with another example in a similar state. The car’s logbook stated that it had originally been a green Minx saloon, although no bodywork remained. The owner already had an Aero Minx Tourer, so he decided he would rebuild the model as a Streamlined Saloon.

He was able to accurately measure a later version of the model belonging to a friend, and began reconstruction in his home workshop. He restored the chassis, engine and drivetrain himself, enlisting the help of specialists for white-metalling and other dedicated tasks. He also built a completely new ash frame utilising his own carpentry skills.

The aluminium body was fabricated by Valley Gas Speed Shop in Andover, Hampshire and painted by Berkshire Bodyshop in Newbury. Alan and Richard Geater in Thatcham, Berkshire installed the leather-trimmed interior, while all brightwork was refinished by Silvabronz in Alton, Hampshire. The work was completed in 2017, and the car was exhibited at the NEC show, where it was received with great acclaim – not to mention a huge number of requests to buy.

This car is unique, as it’s the only known example of the first pattern Streamlined Saloon as shown at the 1932 London Motor Show. It runs a 1185cc side-valve four-cylinder engine, uprated with an aluminium high-compression cylinder head, efficient manifolds and a large downdraft carburettor, together producing almost 40bhp. This motor would have originally been teamed with a three-speed crash gearbox – which has now been upgraded to a later four-speed ‘box with synchromesh.

Our thanks to the chaps at hot House Media for the details on this extraordinary car which can be voted in in their virtual concours event at https://concoursvirtual.com/