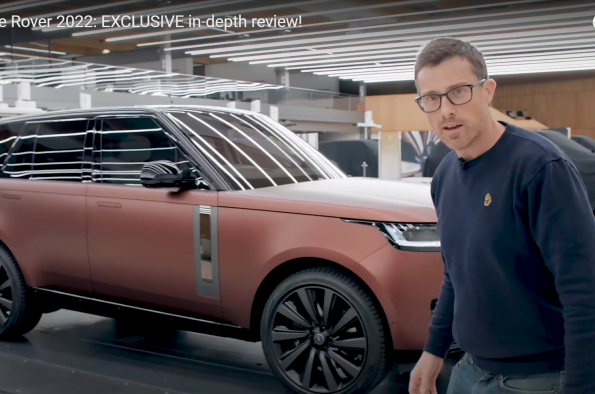 New Range Rover is the most significant SUV launch of 2021, reports Carwow

Data generated by carwow, the UK’s leading car marketplace, suggests that the global reveal of the all-new Range Rover could be one of the most significant new car launches of the year, and certainly the biggest launch of a new SUV.

Despite not being available until 2022, the new model is already having a material commercial impact. Within 24 hours of the car’s online debut on 26 October, more than 2,000 people had configured a current-generation Range Rover via the carwow platform, and more than 200 logged an enquiry with one of carwow’s dealer partners. The day after the launch, more than three times the number of Range Rovers were bought via carwow compared to any previous day in October.

In addition, carwow’s video review of the all-new Range Rover, presented by Mat Watson, is proving to be one of the company’s most popular of the past 12 months, securing over one million views on YouTube within 24 hours of going live.

During its first seven days, the video clocked 2,434,637 YouTube views, equivalent to 228,205 hours (or just over 26 years) of viewing time. During the same period, the second-most viewed piece of video content relating to the all-new Range Rover was the official Land Rover video, which logged 1,551,129 views.

carwow’s Range Rover video is already its fifth most-watched on YouTube this year, and its most-watched SUV review. It is one of three videos released by the company in 2021 to achieve more than one million views within its first 24 hours.

“The sheer volume of viewers tuning in to watch our review of the new Range Rover is testament both to the popularity of the vehicle, and the trust that consumers have in carwow to provide honest and entertaining car-buying advice,” explained Sepi Arani, Commercial Director at carwow.

“But when you look at the impact of the launch on buyer activity across the channel, it is clear to see the influence of the Range Rover as a brand halo, pushing a significant number of buyers to configure, enquire and order existing models. It has certainly been one of the most talked about launches, if not the most significant of the year,” he adds.