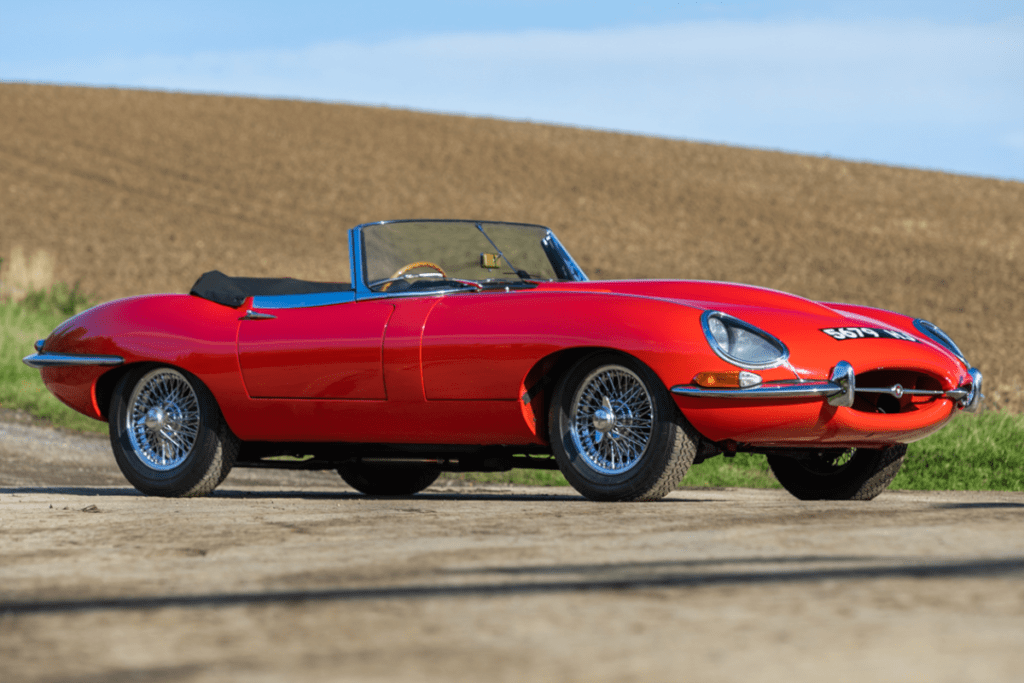 Calling ALL Jaguar fans and oficianado’s to a rare Jaguar sale!

Classic Car Auctions December sale has a fantastic selection of Jaguars on offer from the early 60s with the E-type to 2010 with an outstanding XJ Sport and the classic Mk2 2.4 and the XJS.

Gary Dunne Classic Car Auctions Manager commented: “These Jaguars outlined in today’s release are splendid cars and of the highest quality. To have such a varied selection in this condition is a testament to the owners and as we have found throughout the year some of these models are becoming quite desirable, so the auction will be fascinating to watch.”

Among the 140 lots, there are three Jaguar E-types, a 1967 Series 1.5 FHC manual which is in need of a full restoration. Delivered new to Philadelphia, it returned to the UK in 2018 and is now looking for a new owner to return this example to its glory days. This model is one of the rarest versions and has a lot going for it with an estimate of £15,000 to £18,000 a great project that will be well rewarded.

The two other E-types are from 1962 and 1964 and both fully restored. The 1962 version is a right-hand-drive Series 1 Roadster in a glorious colour of red and been with the current owner for the last 32 years, with three owners in total. This beautiful car had a full nut and bolt restoration in 1992 and is estimated at £70,000 to £80,000.

The 1964 is a Series 1 FHC 3.8 which was restored in 1991 and then again in 2009 to 2011 where it underwent a full body of restoration by the current owner, all of which is fully documented. Finished in Jaguar Dark Blue and with a Navy-piped light grey leather interior, this is another beautiful car and estimated at £60,000 to £70,000.

The Jaguar XJS has attracted lots of attention this year and the final sale of the year has five different models on offer all in V12 format. The star car here is the 1988 Jaguar XJ-S V12 TWR which comes from a vendor with an important connection to Jaguar. Finished in Solent Blue over silver and with a cream leather interior and 28,000 verifiable miles, this is a lovely car based on the XJR-S with all the TWR extras. Estimated at £25,000 to £30,000.

With three other XJSs on offer, all with low mileage and in wonderful condition with history files, bidders really are spoilt for choice.

1960 and 1961 offer us two lovely classics the Mark2 2.4 Jaguar. Both of these cars are presented in Old English White. The 1960 Jaguar is an auto and delightfully unrestored with its original registration number UCO 647. A finalist in the Lancaster Pride of Ownership display at the NEC Practical Classics Show in 2017 and estimated at £12,000 to £15,000 with only 54,250 miles.

The second car is a 1961 2.4 with over-drive and has been sympathetically restored with matching numbers. Estimated at £15,000 to £18,000 it comes with a history file detailing the restoration and the registration number 84 UPJ.

Our final four in this release are modern powerhouses, two XKRs, a 2010 model which was originally a demonstrator and then with the current vendor. A lovely car estimated at £13,000 to £16,000 with serious grunt. The second is a 2003 convertible model with an Arden body kit, a German design house which have worked with Jaguar for many years and estimated at £7,000 to £9,000. And the final car is an outstanding 2007 2.7 XJ Sport Premium estimated at £8,000 to £10,000. An impressive and well-maintained car with every conceivable extra, 55,000 miles and the R-Type body kit.

Gary continued: “A Jaguar for all occasions on offer here. So, if you are an enthusiast, we hope to see you on the 7th at the Warwickshire Event Centre. Loads of parking with cars presented indoors and our friendly team there to help you with any potential bid.”

If you can’t make it on the day you can bid online, via the phone or leave a commission bid. Otherwise, come and see us for viewing on Friday 6th December from 12pm to 6pm or on auction day which gets underway on Saturday the 7th from 11am.

Classic Car Auctions can be contacted on 01926 640888 or email enquiries@classiccarauctions.co.uk and would be happy to talk with you about any of the cars consigned, alternatively, have a chat with them on the day.