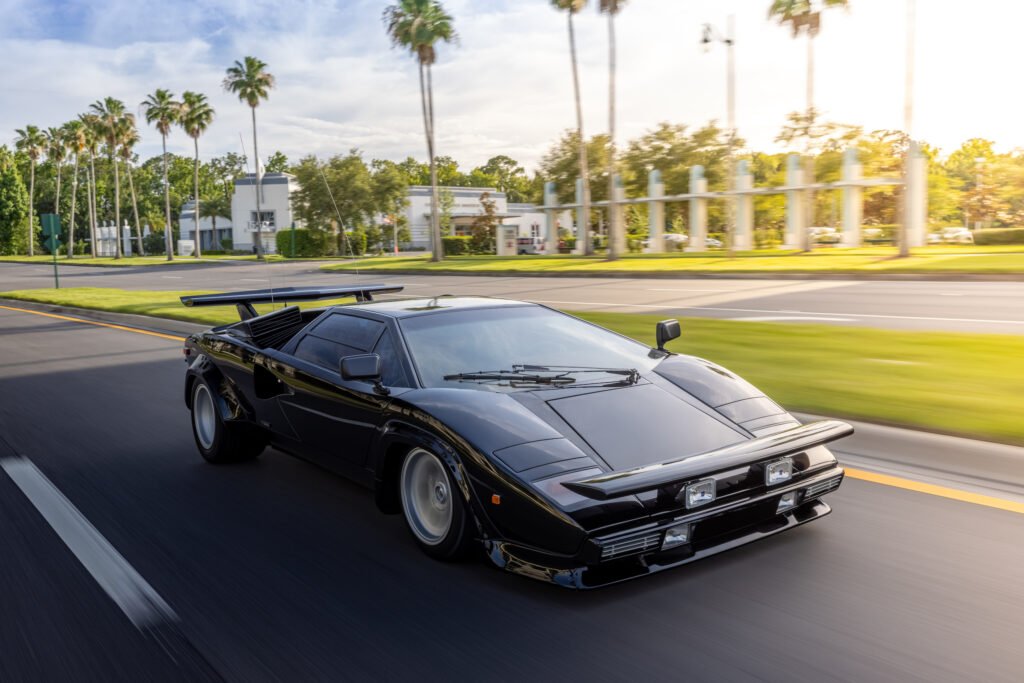 1979 Lamborghini Countach LP400 S from ‘The Cannonball Run’ is inducted into the Hagerty National Historic Register.

It’s been a Hollywood summer for legendary movie cars. Only four months after announcing the 29th member of the National Historic Vehicle Register—the 1981 DeLorean “hero car” from Back to the Future—the Hagerty Drivers Foundation has revealed the 30th member of the exclusive club: the 1979 Lamborghini Countach LP400 S from The Cannonball Run.

“The Countach is a car that has excited and intrigued car enthusiasts since its radical style shocked the world on its debut in the early ’70s,” says Jonathan Klinger, executive director of the Hagerty Drivers Foundation. “We are thrilled to document and share the history behind what is probably the most famous example of the storied model.”

The National Historic Vehicle Register was created in 2013 in collaboration with the U.S. Department of the Interior to recognize and document the country’s most historically significant automobiles, motorcycles, and trucks. The first class was introduced in January of 2014.

When introduced in 1971, the angular Lamborghini Countach set in motion 50 years of competition among manufacturers to build the ultimate supercar. The radically styled mid-engine exotic was a landmark car in an era when economy and practicality had eclipsed performance and passion.

This LP400 S, now owned by Jeff Ippoliti, is powered by a 353-horse 4.0-liter 12-cylinder engine and is finished in Nero (black) with a Senape (mustard) interior. Originating at SEA Auto in Rome, it arrived in the U.S. as a grey import because it didn’t meet federal requirements.

The original owner allowed it to be used in The Cannonball Run, a 1981 slapstick comedy based on real-life cross-country races organized by journalist Brock Yates. The star-studded film was the first time that many budding car lovers had ever seen a Countach, and the LP400 S—with an added front spoiler and twin spotlights—was prominently featured throughout the film, most notably in the four-minute intro:

The Lamborghini was later owned by Ron Rice, of Hawaiian Tropic fame, and sold again before crossing the block at RM Auctions in 2009. At some point, the interior was changed to burgundy, but it was returned to Senape during its restoration.

The Countach will be featured at September’s Cars at the Capital exhibition, along with the DeLorean and the 2020 inductees—a 1970 Dodge Challenger R/T SE known as the “Black Ghost,” and a 1921 Duesenberg Straight Eight known as the “Castle Duesenberg.” One car will be displayed each week inside the Hagerty Drivers Foundation’s lighted glass display case, located on the hardscape between the Smithsonian National Air and Space Museum and the National Gallery of Art. The exhibition is free to the public.

The DeLorean will be on display September 3–9, followed by the Challenger, September 10–16; the Duesenberg, September 17–23; and the Countach, September 24–30.

Each Saturday during the exhibition (September 4, 11, 18, 25), the Hagerty Drivers Foundation will host “Cars at the Capital & Coffee” from 7:30 a.m.–10:30 a.m. The gatherings are free to the public and will be held rain or shine. Personal vehicles are not allowed on the grounds of the National Mall where the exhibition is taking place.

We’ll see you there! Hagerty Insurance

SVA Says: Our continued thanks to Hagerty Insurance for their news and this particular item.