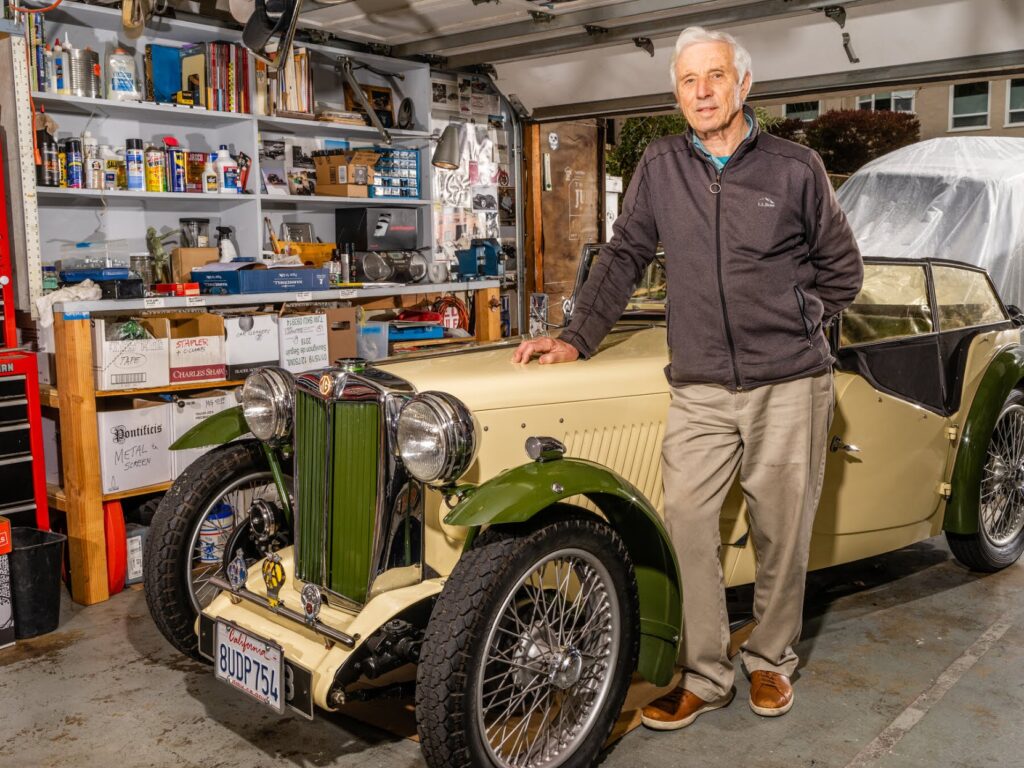 How Car Collecting Powered Through the Pandemic!

Joe Boyd, a civil litigation lawyer in Macon, Ga., had been scouting for a 1970s Toyota Land Cruiser for some time. Last May, in the thick of the pandemic, he pounced.

“I’d just started my own solo practice, but all the courts were closed because of Covid-19,” said Mr. Boyd, 49, who spotted a fully restored 1975 model in an online ad. “So it turned out to be a great time for me to do this.”

Grabbing a buddy, he flew some 900 miles to Garage Kept Motors in Grand Rapids, Mich., and drove away with his dream car — which came with a refinished matching trailer and its own roof-mounted surfboard — for $27,000.

Rather than back away from classic automobiles because of the pandemic, buyers flocked to them, sometimes in stunning numbers. Online auto sales and auctions, starting to gain acceptance among collectors before the virus, took off, and some tent-pole auctions with limited attendance claimed new records.

“Collectors tell me, ‘There are a lot of things I can’t do right now because of Covid, but driving my classic car isn’t one of them,’” said Spencer Trenery, president of Fantasy Junction, a longtime classic-car broker in Emeryville, Calif.

“We feel really sorry for the many businesses that are suffering,” he added, “but that just hasn’t been our experience.” While foot traffic in Fantasy Junction’s showroom plunged 90 percent or more, gross sales — many from online international buyers — were higher in 2020 than in 2019, Mr. Trenery said.

Many collectors who could work remotely or were independently employed found more time to pursue their vehicular interests, choosing to quarantine themselves in what some might consider the ultimate safe distancing bubble — the cockpit of a classic car.

“They weren’t burning up 10 or 15 hours a week in commute traffic,” said Ian Kelleher, chief marketing officer for RM Sotheby’s.

In October, Sotheby’s easily sold three ultrarare Alfa Romeos for $14.8 million, with spirited bidding from four countries. Earlier that month, in a two-day auction that combined online buyers with a limited audience in Elkhart, Ind., the firm sold 240 cars for some $44.4 million, drawing 2,500 bidders from 53 nations.

Buying from a reliable source is everything. Do your research!

An eight-day Mecum auction in July in Indianapolis — previously postponed by the pandemic — notched record sales of $74 million. That figure included a highest-ever price of $3.85 million for a Mustang. The auctioneer billed the car, a 1965 Shelby prototype once driven by Ken Miles of “Ford v. Ferrari” fame, as “the most important in the history of the marque.”

Perhaps the most singularly impressive results came on Sept. 5, at another of the year’s few live auctions. The event, at the historic Hampton Court in London, featured 15 superlative classics in Gooding & Company’s first international sale. The auction had been canceled in April, but “we saw a window of opportunity and seized it,” said David Gooding, the company’s president.

As it turned out, proceeds topped $44 million, with a 93 percent sell-through rate. Records were reported for a highest average price per car, $3.1 million, and for the highest auction amount yet for a Bugatti — $12.7 million for a 1934 Type 59 sports car. The Bugatti also drew the highest price for a publicly sold collector car in 2020, Gooding & Company said.

Even so, “2020 was rough — the whole live auction industry was down,” Mr. Gooding said. His firm, based in Santa Monica, Calif., grossed some $125 million, well below its best years, he said, “but we feel grateful for what we still managed to accomplish and for what we learned.” For example, the pandemic prompted the company to hasten its introduction of Geared Online, a web platform featuring both vintage cars and automotive memorabilia.

Hagerty, a firm in Traverse City, Mich., that insures collector cars and specialty vehicles and tracks market data, believes the volume of collectible automobiles that changed hands in 2020 rose as much as 14 percent, with most sales online and in personal “private treaty” transactions.

“The necessity to be alone or in small groups pushed people outdoors,” said McKeel Hagerty, the firm’s chief executive. “More people got out to drive — to go camping, hiking or just for pleasure driving. Plus, gasoline was really cheap”.

“The Great Recession years of 2008 to 2011 gave us our first understanding of just how resilient the collector car market has become,” Mr. Hagerty continued. “We saw very little panic. People held on to cars until they were ready to sell.”

Mr. Hagerty views the pandemic as an “accelerant” for the trend toward internet sales by traditional auction houses, storefront dealers and sites like Bring a Trailer.

“It’s not a complete substitute,” he said, “but live auctions are expensive, involving transportation, even overseas shipping, high commissions and many employees. It’s also an intensely personal contact business, where owners of especially desirable cars may need years of coaxing before opting to sell.”

In 2018, Gooding & Company sold a 1935 SSJ Duesenberg — one of two in existence — for $22 million at Pebble Beach, Calif. Once owned by the actor Gary Cooper, the light-gray roadster became the most valuable American car ever auctioned.

“I can’t picture that vehicle in an online format,” Mr. Gooding said. “Such a car does its best being seen live in a live bidding atmosphere.”

For Phil Linhares, 81, of Oakland, Calif., that moment came in November when he spotted an online ad by Classic Promenade Motors in Phoenix for a 1949 MG TC. (See main image)

“I’d seen one when I was a boy living in Modesto,” said Mr. Linhares, a retired curator at the Oakland Museum. “It was bright red, sitting in the Tucker dealer’s showroom window. I thought it was the most beautiful car I’d ever seen.”

Mr. Linhares’s pulse quickened when he read the Arizona car’s original “build sheet.” Its English maker had completed the cream-colored TC 71 years before, on Aug. 8, his birthday.

SVA Says: Our thanks to Robert ‘Bob’ C Yeager and The New York Times for their kind permission to display this interesting and informative content. To read the full piece go to: Classic cars powering through the Pandemic