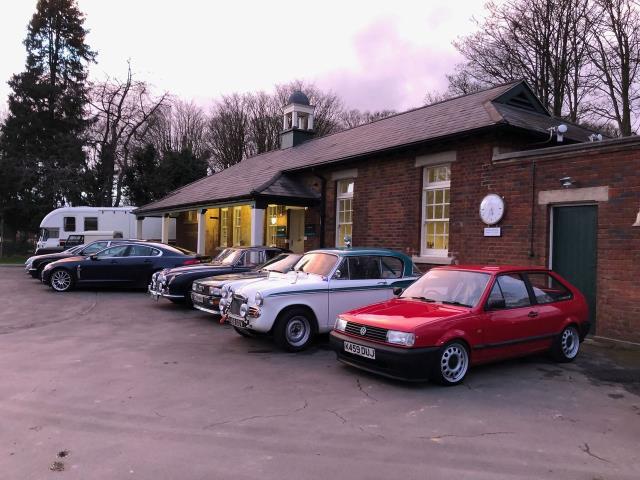 StarterMotor, a charity aimed at inspiring young people to learn about classic cars, raised over £3000 after selling a 1993 VW Polo, funded by leading insurer Hagerty UK, at the Bonhams MPH March sale at Bicester Heritage.

Hagerty UK, a long-time supporter of the StarterMotor charity, agreed to fund the purchase of the vehicle as a charitable donation, as it aligns with their desire to welcome a new generation to the world of classic cars, and celebrates the rising popularity of modern classics. Hagerty also insured the car while it was in the care of the Heritage Skills Academy (HSA) who prepared the car for auction, and benefit from StarterMotor charity funding.

In December 2019 Rob Hubbard of Bonhams MPH offered to sell a StarterMotor car at their March sale and agreed that all proceeds would be returned to the charity. David Withers, Chief Executive of StarterMotor, began the hunt for a suitable vehicle, finding a lightly modified VW Polo CL in January 2020 with just two owners, a full service history and only 37,000 miles.

The car arrived at the Heritage Skills Academy, based at Bicester Heritage, on the 29th January and was subsequently booked into the Bonhams MPH auction due to take place 21st March. The lightly modified Polo was in good order, but to be auction ready HSA apprentices returned the suspension to factory standard, replaced a non-original steering wheel, returned the in-car entertainment to factory standard and replaced G60 style wheels with OE 13-inch items fitted with Goodyear premium tyres. All the non-standard parts were included within the sale.

Mechanically, HSA apprentices carried out a comprehensive service, a top end rebuild, fitted a new head gasket, water pump, cambelt and tappets. Once the work was complete, Auto Waxworks carried out a full detail. In total, the VW enjoyed 80 hours of workshop pampering.

The finished car raised £3150 for the Starter Motor charity via a sealed bid as, due to Coronavirus outbreak, the Bonhams auction was held behind closed doors. Note, this includes sellers’ commissions which Bonhams returned to the charity, the sealed bid amounted to £2800.

Marcus Atkinson, Hagerty UK Managing Director, said “Encouraging young people into the world of classic cars is of huge importance to Hagerty and we have supported StarterMotor and the Heritage Skills Association from the start.”

“To supply a car for this project was a pleasure, and to see it raise so much money at auction, even during these difficult times, shows there is always a buyer for a well-prepared classic car.”

In addition to providing globally leading insurance products, Hagerty International is regarded as one of the world leaders in classic car market analysis and the valuation of classic cars. Regular market reports are published by Hagerty taking data from owners, collectors, car sales and auctions from around the world to give an accurate overview of the classic car market, its stability and value.

Hagerty also offers an extensive event program, including the famous Festival of the Unexceptional, and remains one of the world’s largest classic car content providers through their print, film, digital and social media channels.

SVA Says: The future of Classic Cars as we know and love them is under some pressure at this time with the almost rabid chasing of governments for a convenient and public friendly solution to pollution. EV are of course not the answer as their entire build and battery manufacture footprint is pretty dreadful. Also there is no longevity to these vehicles given that the batteries are not easily or affordably replaced in parts which means that the whole car needs to be scrapped..