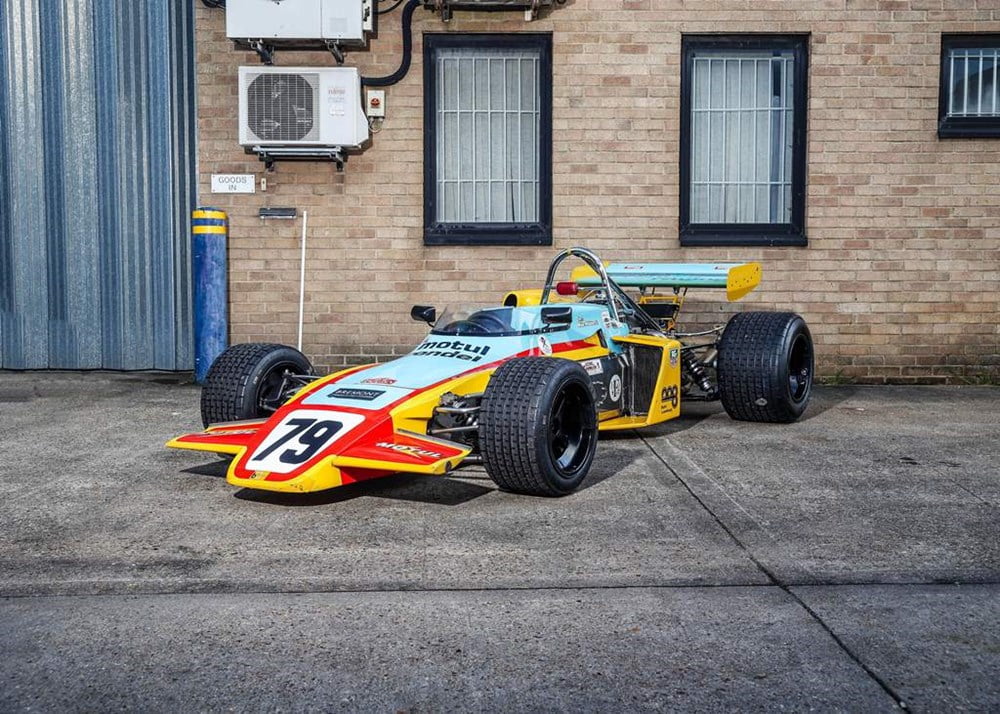 Historics 12th March 2022 auction at Ascot Racecourse. Is going to be a main event for classic and collectible car owners, collectors and enthusiasts! Our friends at Historics are building an impressive lineup of fine vehicles for sale in their March auction, including rare cars like this 1972 Brabham BT38! Just £65k to £75k couple secure this masterpiece of sports motoring to race in.. Every classic motoring event in the UK and wider calenders would welcome you and this car with open arms!

Imagine this is your view ready to race your F2 car!

The Brabham BT38 was MRD’s first production monocoque, but despite suggestions that a monocoque was Bernie Ecclestone’s idea, work started on the BT38 in February 1971, six months before Bernie Ecclestone acquired MRD. The car was designed by Geoff Ferris, who had worked on the Lotus 72 and the March 711, with Ron Tauranac in overall control. It used a simple square section bathtub monocoque which finished just behind the driver, with the engine and gearbox mounted in a tubular sub assembly. Suspension followed traditional Brabham lines, with outboard springs and double wishbones at the front; single reversed A-bracket, top link and radius arms at the rear. Radiators were either side of the driver, with a flat nose and side wings. Brabham’s design team at the time also included Ralph Bellamy, aerodynamicist Ray Jessop and a young lad called Gordon Murray.

This “on the button” example from the iconic Brabham factory has a BDG 2.0 litre installed and comes with a good spares package. It also has a current HTP valid until 31/12/2030, a fuel tank certification which is valid until April 2026 and its seat belts are valid until 2024. The fire extinguisher system is valid until May 2023 and the Hewland FT200 Gearbox was serviced by Racing Transmission Service in 2019. The car is presented in period livery and has been successfully raced by Michael and Andrew Hibbert in the HSCC Historic F2 series and the Aurora Trophy series; it also has the original and correct fuel injection system.

This lovely Brabham car comes with a spares package which includes sets of slick and wet wheels, some spare bodywork including nose cone, spare original radiator to name a few. A great opportunity to acquire one of motor racing’s most iconic single seaters bearing the famous Brabham name and with a successful race history.

How about this stunning Bentley Arnage for £25k to £30k! Unbelievable pace, style, speed and comfort for less than the price of an Audi A6.

Along with many other fine classic and collectible vehicles, there will always be the ‘No Reserve’ bargains to be had! Like this:

If you have a car you wish to add to the list of great cars to be sold at the Historics auction in March, go to the website and find the details there, Buying and Selling at auction is an easy and fun process.