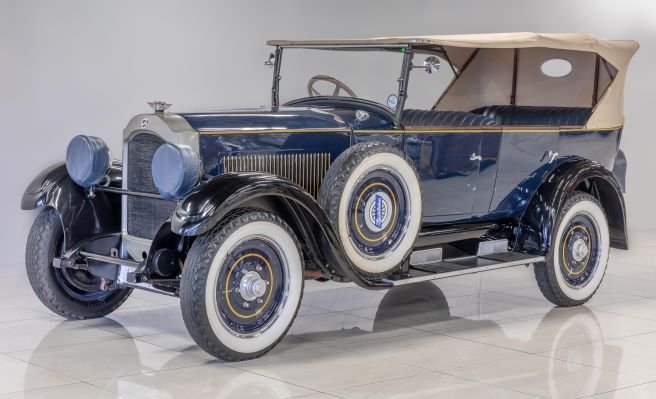 From our Man in South Africa Aubrey Malden

“Hello again from sunny South Africa.
Things are hotting up here in SA, in more ways than one.
The temperatures are now in the 30’C’s and the heat is on for
probably the best car auction of the year here.
In fact, they call it, “The Auction,” and it’s from Creative Rides.
Why the best?
Well, aficionados say it’s impossible to talk about the evolution of
motorcars in South Africa without mentioning certain classics and
the winning engineering that went into them. Engineering often
demanded, and in many cases designed and built-in by pioneering
South Africans.
And Creative Rides has many of these rare “ Legends” on auction
on December 4th . Along with a good mixed bag of classic cars
well protected by our kind climate.

First on the starting line is the Ford Capri V8 Perana. Basil Green,
of Johannesburg built a name for himself by dropping motors into
the ordinary and making them extraordinary. As he did with this
Capri Perana. He dropped a V8 Windsor from the Mustang and
brought the Perana to remarkable life with a track ripping speed of
228km/h.
Real Perana’s such the one in the Creative Rides’ auction are rare.
Appropriately, this one wears the hot livery of Peri-Peri Orange.
This one is an unusual catch, and a triple-tagged/numbers
matching.

Next on the starting line is the ruthless and rare “Big Daddy.” The
Ford SA assembled Fairmont GT. One big brute of a machine.
With its mammoth 5750cc V8 and ram air intake. This big boy is, in
the words of Creative Rides’ CEO, Kevin Derrick,” Super sought
after here. Over 2000 of them disappeared around the world and
this is one great car that we found, left behind.”
The most desirable cat amongst the South African pigeons?
Probably one of the most desirable modern classics’ in the world is
the Alfa GTV 3 Litre. And it’s here on auction as well.

It was designed only for racing, and it wasn’t for racing in Italy. Not
at all. It was designed only for here in SA.
Alfa, tired of seeing the backsides of Ford’s and the 535i’ BMW’s
on the track put in an impassioned request to Alfa in Italy, and the
result of their revved-up collaboration was the remarkably fast, hot-blooded engine. 3 litres of fortissimo! (What else do you expect from the Italians?) When transplanted into the normal classic 2.5
Alfa sport’s body, well, it left the competition eating the Italian’s
dust.
The one on the auction floor at Creative Rides is a two-door, and is
believed to be one of only 40 GTV 3L’s left in the world.

Now, how about a Merc, a Beetle or an American?

Surrounded by these hot-blooded beasts there’s a full garage of
other delightful cars. Starting with the massive yet majestic 1961
Impala, and then travelling down the list there’s an array of
thoroughly tough Mercs. Including a super fast Merc 300SEL, 6.3
litres of armchair comfort at speed.
Prices for some of the other Mercs are estimated to go for R45-
95k. A delightfully comfortable Jaguar 420, and a tough green
Toyota Land Cruiser, a Volvo Pick-up, a silver Audi Convertible A4
should go for good prices. As should classic 1970’s Beetles and a
stunning VW 1962 Split-Window Bus. Fully- fitted-out, with a
sunroof to catch the rays and a pastel-green and cream livery to catch the attention of pasers-by.
“We’ve spent time gathering these special cars to be with the
auction and they should all go to the next keepers on December
4 th , an early present for many future classic carers I hope, “ added
Shane Kirby, Managing Director of Creative Rides in Bryanston.
The auction takes place at Creative Rides and will be beamed
across the world, on-line as well.

FOR UP-DATES
For more detail of all the cars and up-dates please go to
creativerides.co.za

SVA Says: The Specialist Vehicle Association is pleased to work with Aubrey Malden and in SA, and thank him for his expertise and diligent monitoring of the South African Classic car world.