Car Scene International: The blog for all things Classic cars

The popular classic and automotive blog 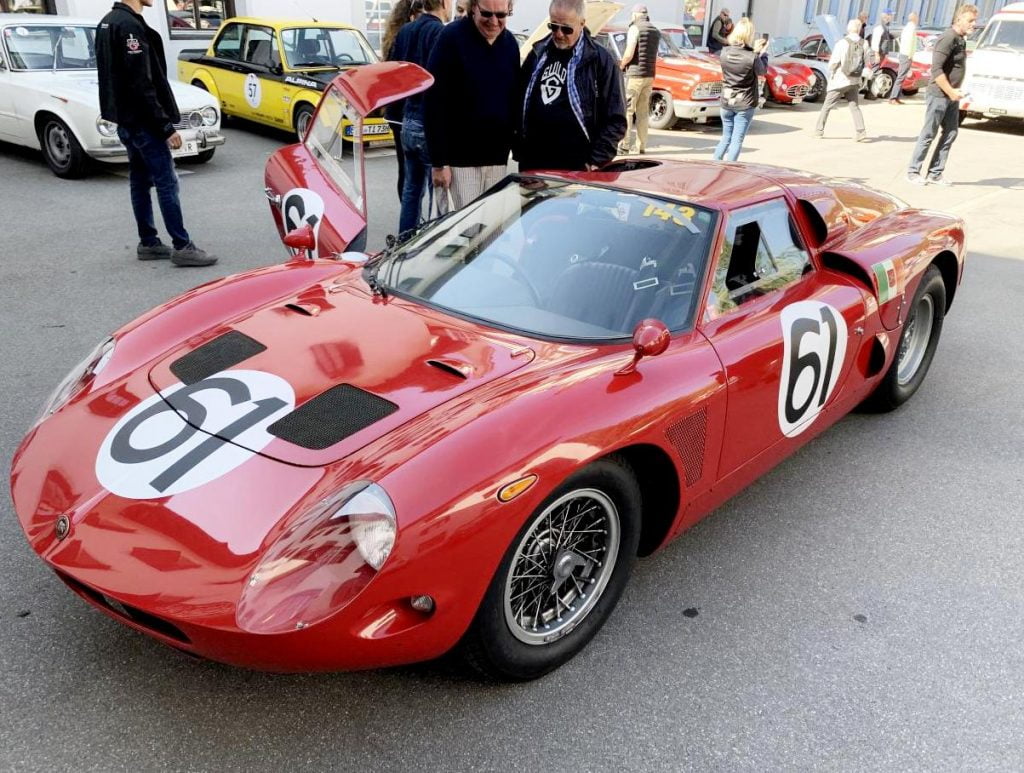 The Car Scene website started life in 2011 as a ‘blogpost’. Its main purpose was to share with visitors, via words and pictures, my discovery of both rare and exciting motor cars wherever I could find them. I chose the title ‘Car Scene International’ to reflect the broad scope of the subject.

Probably the most important link enthusiasts will want to see is our ‘Events’ page.. Nothing is more enjoyable than driving your Classic or Collectible car to a local or regional event and meeting line minded folk. Check out our events page each weekend in advance to see ‘Whats’ On’ with Car Scene International..

Having been interested in cars from a small boy growing up after WWII in the UK,  My interest was stimulated by two uncles, who owned cars and who shared their interest in cars with me. One had the Austin Seven Ruby similar to the one displayed below..

The other had a succession of cars, but the first and most important to me was a Ford Anglia (E49A) like the one below..

I was always sketching cars on the proverbial backs of envelopes (the only paper readily available after the war 🙂 ) so it was natural that I started work as a trainee draughtsman at Jensen Motors, West Bromwich.

I soon discovered that my artistic talent was never going to be good enough to become a car stylist which my sketching led me to aspire to. I was not stimulated much by draughting and after about twelve years, including a spell with a contractor in Detroit working on the 1970 Chevrolet Impala, I changed career and took up a position in Product Planning with Chrysler UK.  In 1979 Chrysler was taken over by Peugeot and I remained with that company until I took early retirement in 2001. I was fortunate enough to do a number of middle management jobs, including marketing manager and quality assurance manager, during my time with Peugeot.  My most enjoyable and successful achievement was writing the Marketing Platforms for the UK launch of the Peugeot 205 and 205GTi.

I have always enjoyed writing and photography, so in 2011 I decided to write a blog on serendipitous encounters with rare and interesting motor cars. This led to writing specifically about certain marques, especially Jensen, where I worked and Austin Healey for whom Jensen assembled trimmed body/chassis units.

In 2016, I decided to raise the bar a little and transfer my blog to a Word Press platform, as have many bloggers before me. I must say I haven’t found it easy, it would have been even less so if it was not for the help given to me by my son who runs his own web-design company, four90designs.co.uk. The main motivation for making the transition was to have a greater awareness of who was looking at my posts and also to add a commercial element to the site.

My plan is to offer some of my photographs for sale and to offer links to carefully chosen affiliates. The latter will reflect the nature, i.e. classic cars, and quality of the website.

Thank you for checking out www.carsceneinternational.com. I hope you find stories, photographs and in the future, products which stimulate your interest in our shared love of Classic and Motorsport cars..

This post was inspired by the following photographs which were recently submitted, by “Joerg”, to the Jensen Owners Club Forum. Other contributors identified the car as a Serenissima 308 Jet. Further research identified it as a 1965 Serenissima Jet 308V Competizione. By the way, Joerg, who lives in Germany, owns the iconic Jensen ‘White Lady’ car (shown at the bottom of the page).

Firstly, I was struck by the cars stunning looks and then I realised that I had never encountered a Serenissima car before; I had to do some research and this is the fascinating story that I uncovered –

Count Giovanni Volpi di Misurata (born 1938 in Venice) inherited a fortune, at the age of 24, from his father, Count Giuseppe Volpi di Misurata, a politician, financier and founder of the renowned Venice Film Festival. During World War II, Count Giuseppe Volpi served in Mussolini’s cabinet as the Minister of Finance and one of his chief advisors. He designed several of Mussolini’s austerity measures but escaped prosecution after the war. He also acquired and restored Villa Barbaro at Maser, Italy, built originally for the Barbaro family.

Like many Italian young men at the time, Giovanni Volpi had a passion for cars, so, it isn’t surprising that he used his inherited wealth to form a racing team. He was also passionate about the City and area of his birth, Venice. This passion was expressed in the naming of the racing teams, Scuderia Serenissima and Scuderia SSS Republica di Venezia, he established in order to enter his own cars in sports car racing and ‘Formula One’ races, in the early 1960s. Serenissimo/a (most serene) was a term that was bestowed upon ‘The Doge and the Signoria‘ of Venice during the Byzantine period and later it was used to describe the City and the Republic of Venice, in general, as a kind of “nickname”.                                                                                  Serenissima became one of Ferrari’s best customers but after Vopli bankrolled the ATS team, which had been formed by former Ferrari employees*, he felt the wrath of Enzo Ferrari who cancelled Serenissima’s order for two Ferrari 250 (SWB) GTOs. So, in 1962, Volpi had to start looking elsewhere for his team cars. The new ATS (Automobili Turismo e Sport) company should have been able to fill the void but the illustrious engineers found that they couldn’t repeat the magic that they conjured up at Ferrari and after producing a singularly unsuccessful F1 car, in 1963, the company was wound up. The story of how Count Giovanni Volpi overcame Ferrari’s embargo is told under the Sports Cars heading, below.

*In 1961 there was the so-called “Great Walk-Out” at Ferrari when top engineers Carlo Chiti, Giotto Bizzarini and other key personnel walked out and formed a new company called ATS which soon ended in failure. Chiti left to found Auto Delta, and Bizzarini left to manufacture cars bearing his own name. Ferrari, as we all know, went from one resounding success to another….

Undaunted by Ferrari’s action, Count Volpi decided to commission one of the Ferrari renegades, Ing. Giotto Bizzarini, to design him a car. Volpi already owned the ex Olivier Gendebien 250 GTO SWB ‘Competizione’, serial No. 2819 GT. This car had secured second place in the 1961 ‘Tour de France Automobile’. The designation ‘Competizione’ meant that it had a lightweight body and chassis, minimal trim, and a more powerful 286 bhp Tipo 168 engine with Testarossa-type cylinder heads.

Bizzarrini applied all the ideas he had developed working on the GTO and together with the car body specialist Piero Drogo developed an aerodynamically advanced body, even lower than the GTO’s. The roof line was extended all the way to the rear of the car with an abrupt vertical cut off, thereby following Kamm’s aerodynamic theory. The resulting estate-car appearance led to the French press nicknaming it “La Camionnette” (little truck), while the English-speaking journalists called it the “Breadvan”. The latter name has stuck and if you mention Ferrari “Breadvan” to most car enthusiast they know exactly which car you are referring to. At the time and perhaps even now, the Ferrari car company and Ferrari purists refused to accept that it was a Ferrari, to them it was a bastard, in every sense of the word.

Bizzarrini moved the engine and radiator further back to the centre of the chassis as compared to the production GTO. Fitting a dry-sump engine lubricating system allowed the suspension to be lowered which, in turn, meant that the car’s ground clearance could be reduced thus improving its aerodynamic efficiency. The original three 46 DCN Weber carburettors were replaced with six twin choke 38 DCN Webers. The original 4-speed gearbox was retained. Giorgio Neri and Lucciano Bonacini of Modena were contracted to perform all the mechanical modifications and race preparation. The resulting car was significantly lighter than the GTO, at 935 kg (2,061.3 lb) compared to the typical GTO weight of 1,000 kg (2,204.6 lb).

The ‘Breadvan’ Ferrari 250 GTO SWB made its competition debut at the 1962 24 Hours of Le Mans. It quickly passed all the other Ferrari GTOs and was 7th overall at the 4 hour point, then a driveshaft failure caused its retirement. Results at other races proved the design’s effectiveness, as the car won the GT class in two races during the 1962 season. The car’s last race, during that period, was at the Coppa Gallenga Hillclimb in 1965. However, since 1973 it has appeared regularly at historic races worldwide, including events such as the Monterey Historic Automobile Races, the Goodwood Festival of Speed and the Tour Auto. The ‘Breadvan’ now resides in Germany and – being a ‘period rebody’ –  it is allowed to compete in Historic Challenges.

The Count still wasn’t satisfied, he had ambitions to race cars bearing his team’s name. So, in late 1962 he started putting plans together. His first choice for the designer of this car was his friend Giotto Bizzarini but by this time he was employed by ASA (Autocostruzioni Società per Azioni) and therefore not available. So, Volpi turned to Alberto Massimino of Lancia-Ferrari D50 and Maserati 250F fame, someone equally qualified for the task. Third-party suppliers were contracted to manufacture the mechanicals, to Massimino’ designs. At the time car designers had been influenced by the success that Cooper et al were having with their mid-engined F1 cars. Massimino was no exception, for the first Serenissima car he specified a spaceframe in which to locate the 3.0 litre V8 engine “amidships”. The engine featured twin overhead camshafts per bank, with dual ignition and was mated to a five-speed Colotti gearbox.

By late 1964 the package was complete. Massimino’s spaceframe was complimented with by a coupe body designed by Francisco Salomone and constructed by Carrozzeria Gransport. To make the Count’s dream complete a Serenissima badge was fixed on the nose of the car. The car was known as the ‘308V GT Prototyp’, the road version was to be called the Serenissima Jungala GT.  The first chassis was shaken down at the Aerautodromo Modena on December 20th, 1964. It did not receive universal acclaim and Le Mans winning journalist Paul Frere was particularly critical of the new car. Not happy with the results of that first test both Massimino and Salamone returned to their respective drawing boards; their efforts resulted in a completely new body and a modified, shortened, chassis. This second incarnation was optimistically dubbed ‘Jet’. Carrying chassis number 003, the first Jet debuted in October 1965 and was continuously tested and modified in the following months. The specification designated for circuit racing was appropriately given the addendum of ‘Competizione’. So the full name of the car in Joerg’s photos, above, was and is ‘Serenissima 308V GT Competizione’. It made its competition debut at the Le Mans trials in April 1966. Frenchman Louis Corberto recorded a best time of 4’18.2, which was almost two seconds slower than Andre de Cortanze in the Count’s old Ferrari 250 GTO.

Nick Maltby has a regular blog, containing some excellent and highly interesting editorials on a variety of automotive subjects.. For more details and to read Nick, go to https://www.carsceneinternational.com/. And dont forget to check in regularly to the Car Scene International ‘Events’ page for up and coming places to go..