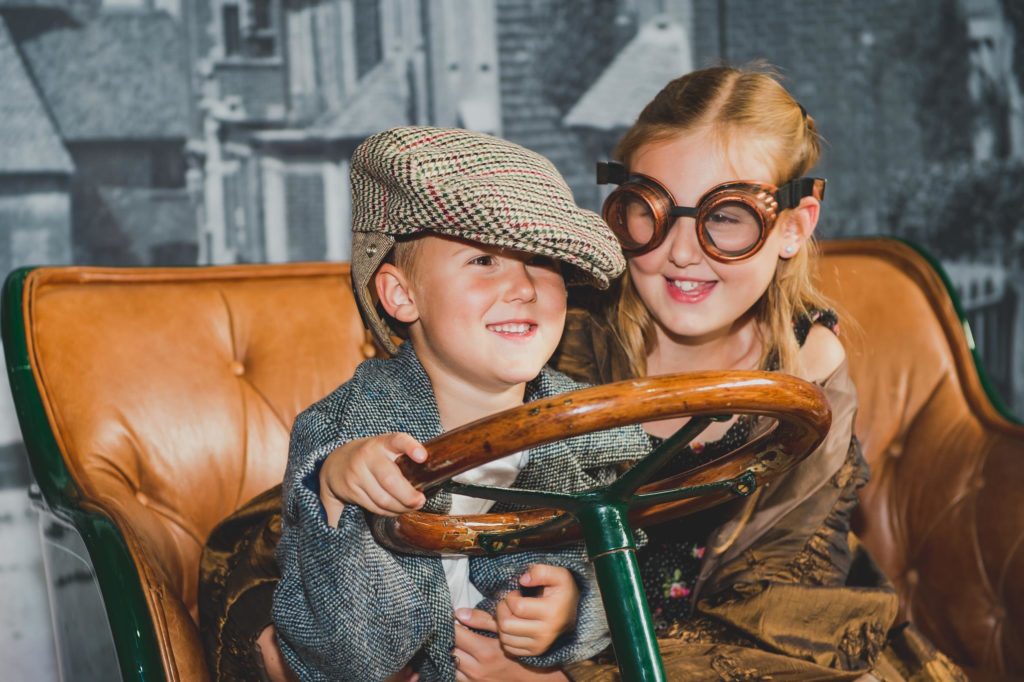 Without doubt SVA Trade and Enthusiast members will be looking for stuff to do in the coming Half Term break with the children.. Of course wherever possible it should include Cars! So where better than Beaulieu Motor Museum, house, James Bond 007 display and of course Top Gear!

Two of the motoring stars of Top Gear’s epic Nepal adventure have been put on display at Beaulieu in time for February half-term, following Freddie, Chris and Paddy’s extreme journey across the Himalayas.

Visitors to Beaulieu’s World of Top Gear can get up-close to two of the three cars that survived one of Top Gear’s toughest road trips ever, with Chris Harris’ Renault and Paddy McGuinness’ Peugeot still showing the dents and battle-scars acquired on the gruelling roadtrip.

In the Christmas special, the presenters made their high-altitude voyage from Kathmandu, capital of Nepal, to the Forbidden City of Lo Manthang, a secretive kingdom perched high on the Tibetan plateau. Instead of new 4x4s, Paddy took to the rough mountain tracks in a rare Peugeot 106 Rallye, Chris got behind the wheel of a classic Renault 4, while Freddie Flintoff opted for a locally-built Hulas Mustang. Together, they battled across river crossings, vast mudslides and dizzying mountain passes.

The newest additions are on show at Beaulieu in time for February half-term, when there will be plenty of opportunities to get hands-on with holiday activities from February 15th – 23rd.

Families can race over to the National Motor Museum to follow in the tyre tracks of motoring pioneers and discover the thrill of the open road that made every journey an adventure. Try horns andhandle the motoring artefacts of a bygone era to get a taste of motoring technology from the turn of the 20th century.

Become an apprentice in Jack Tucker’s1930s country garage. Put on overalls and complete a vehicle maintenance checklist to learn about the life of a mechanic. For more dress-up, rummage through the collection of driving costumes and pull on coats, hats and goggles before clambering behind the wheel of the veteran 1904 Pope-Tribune for the perfect selfie opportunity.

Then head to Palace House where the year is 1889 and apply for a job in this grand Victorian country house. Try out as a footman or scullery maid and tackle some of the household chores that were part of daily life. Learn how to correctly set the table for a grand dinner, look after the house guests and even sweep the floor, maybe even lending a hand in the Victorian Kitchen. Work out what curious gadgets from the 19th century were used for.

Make sure to fill in your travel log as you make memories all together on a marvellous family day out at Beaulieu. Collect stamps along the way from each of the costumed guides and take away a balloon car kit to build at home.

All holiday activities are included in a general admission ticket to Beaulieu, as well as entry to World of Top Gear, the National Motor Museum with its collection of more than 250 vehicles, On Screen Cars, Palace House, the Secret Army exhibition, Beaulieu Abbey and the grounds and gardens. For tickets and information see www.beaulieu.co.uk or call 01590 612345.

Beaulieu Motor Museum is proud to be a Founder Partner with the Specialist Vehicle trade association the SVA.