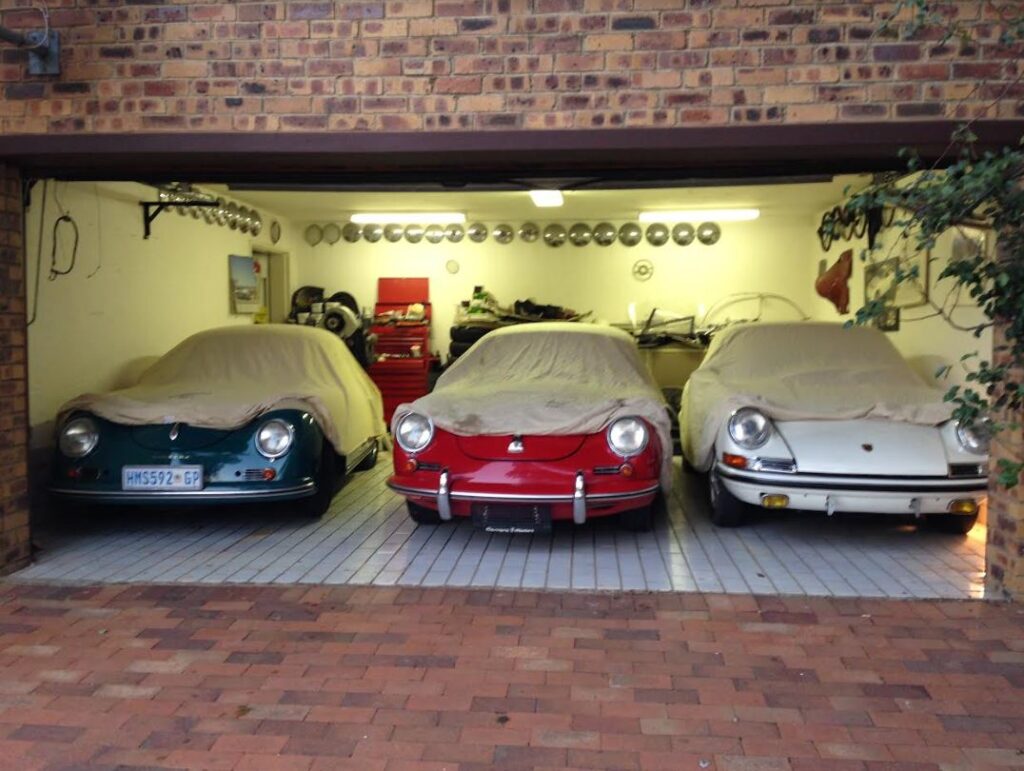 Peter Dorfer, one of the leading lights and a pilgrim of Porsche cars in South Africa since the 1960’s has retired.

Consequently his outstanding Porsche collection came out of hiding, some seeing the light of day after many years of being sealed away.

Peter Trained by Porsche in Salzburg

Peter, trained in Porsche Salzburg under the iron hand of Ferry’s Porsche’s sister Louise Piëch, Peter was a part owner of Carrera Motors in Johannesburg, ex Chairman of the Porsche 356 Club and proud carrier of the brand banner for Porsche, dealing and servicing them from the early1960’s with 356’s and latterly the 911 series.

As such he built up a small collection of exceptional, and rare Porsches, fettled and expertly fiddled with he kept them not only well maintained (he drove some of them to and from work, others from Johannesburg to Cape Town and back, and to Namibia and back) he made them special, for as others disappeared over the years (in South Africa and around the world) some of Peter’s cars were not only in good condition, they became quite rare.

A rare collection fit for a Porsche Museum.

Most notably was his collection of air-cooled Porsche’s, disposed of recently

Which consisted of five 356s and three 911s. Alongside the ‘64 SC that was his ‘expedition car’ stood a lovely original 1958 356A, a 1958 Speedster (one of only 27 right-hand drive models built) currently undergoing restoration, and two 1964 356Cs. One of the 911 gems was a 1968 911S, the first right-hand drive version made, which won international awards before being loaned to the Porsche Museum, where it was displayed for a number of years. And interesting, though not original, was a 911R replica originally produced as a special 911S with some R features for racer Mike de Udy to use on the road while in South Africa to compete in the Springbok Series in the late ‘60s. The final car to find a new home was a striking ‘vesuvio’-coloured 1997 Carrera 2S that served as Peter’s other daily driver.

The Speedster, the 911s and his 356`A now are believed to be in the hands of a private museum owner in South Africa.

SVA Says: Our thanks to Aubrey for his continued support and interest in sending these excellent news blogs from owners in South Africa. The weather and enthusiast attitude to collecting cars in South Africa is as good as it gets and importing RH Drive vehicles is now an easy and affordable task, if you would like to find out more get in touch with us here at the SVA and we will forward your interest to Aubrey Malden