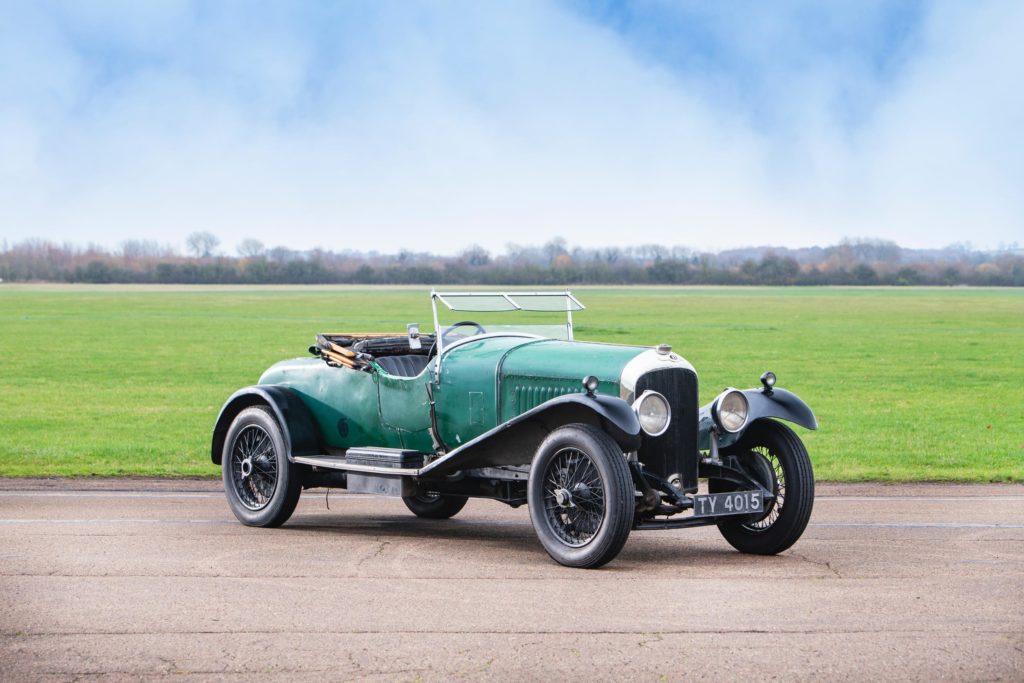 VINTAGE BENTLEYS, PUTTING THE ENJOYMENT BACK INTO INVESTMENT!

Robert Glover Ltd agree with the SVA that despite Covid-19 or in fact due to the pandemic, its still a great investment to buy into Classic metal, BUT its all about due diligence, good advice and expertise when buying!

With the FTSE 100 at its lowest point for a decade, the DOW Jones having taken a record hit last month, and with financial planners predicting stormy times still to come, savvy global investors are seeking safe alternatives and seeking asset classes which can weather the storm.

A key feature of investment-grade historic vehicles, above and beyond their tax efficient nature and ability to be traded globally, is that these vehicles can be huge fun to own and drive.

One of Britain’s most iconic marques, Bentley was founded in North London in 1919 by Walter Owen Bentley, under whose ownership the company flourished and became a household name thanks to its success at Le Mans in the 1920s. The company was sold in 1931 to Rolls Royce, and it is these early, pre-Rolls Royce era vehicles that are most prized by today’s buyers.

Robert Glover said: “It’s always been said that when it comes to investing in historic vehicles, vintage Bentleys are as safe as houses, and this has never been truer than right now. With more traditional investment classes offering meagre returns, vintage motorcars are not only stable assets in which to invest, they are huge fun and offer a true wealth of experiences to owners. Furthermore, top brands such as Bentley and Bugatti are moveable global assets and as such, they transcend global currency fluctuations”

Having sold a significant number of Bentleys, numerous Bugattis, Alfa Romeos and other rare and collectable vehicles, Robert is keen to stress that the appeal of these vehicles extends beyond the race-track, concours events, or static collections. Robert added

“The usability of these old cars should not be underestimated,” he added. “I am currently presenting a 1928 Bentley 4 ½ Litre which was in single family ownership for more than 53 years. During this time, the vehicle was used regularly by the owners, and after so many memories have been made over half a century, I am hopeful that the new owners will do the same.”

In a mark of the changing times in the marketplace, Robert recently had a young collector sell a modern supercar in order to buy a significant sportscar from the 1930s. A given reason for the purchase was the usability of the older vehicle in comparison to the newer one, which although capable of almost 200mph, was not nearly as exciting to drive at legal speeds on the road.

With a decade as a senior figure at an international auctioneers,  and now more than five years of running his own showrooms, Robert has gained an extensive network of international clients and suppliers. It has also given him invaluable knowledge of many of the world’s most desirable vehicles and their values. Robert attends many international motoring events and is always keen to promote the use and enjoyment of older motorcars among the younger generations, and investors who are new to the historic car world.